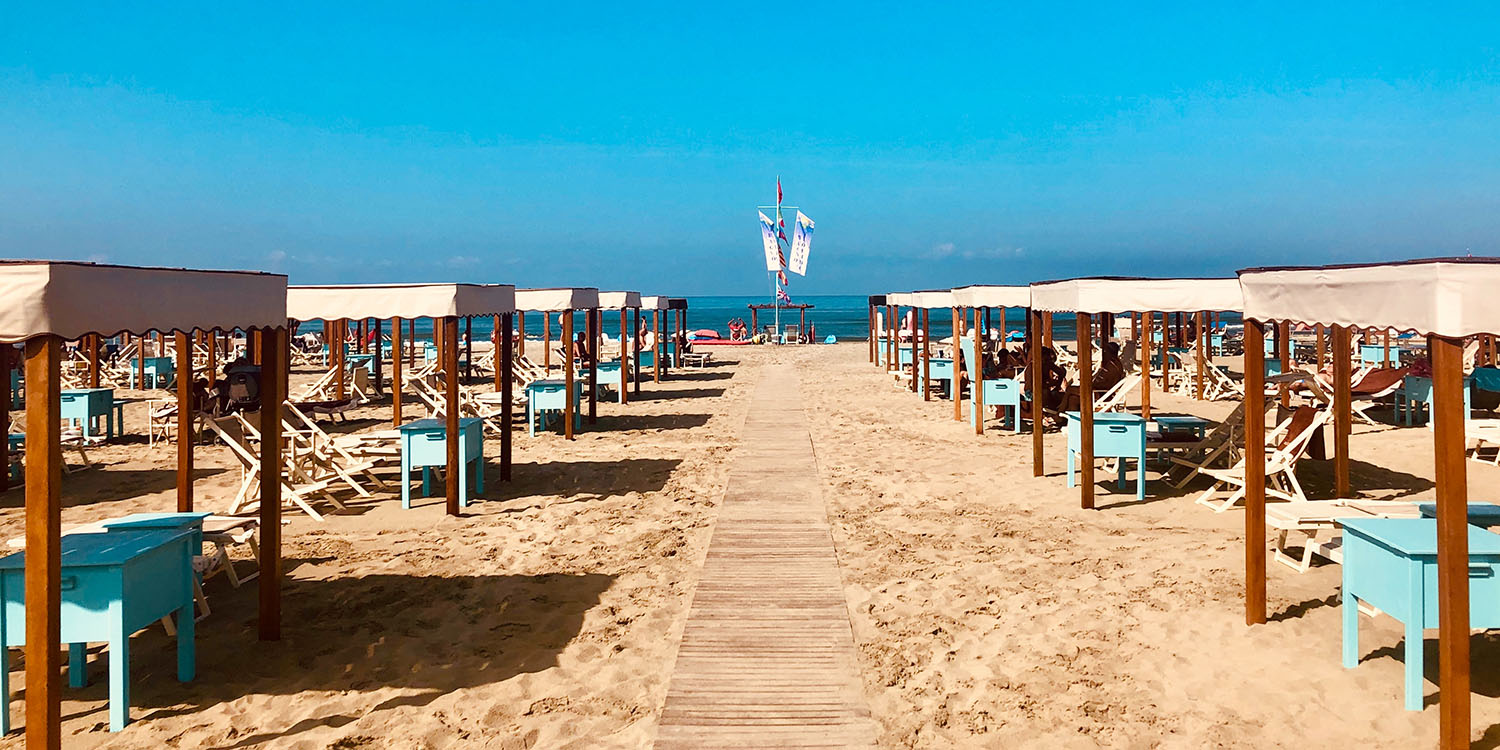 Located in the north-western part of Tuscany and includes the municipalities of Seravezza, Stazzema, Pietrasanta, Forte dei Marmi, Camaiore and Viareggio.
It is a fun and cultured land at the same time, known to many for its social life. It is famous for being embraced by the Apuan Alps and the coast full of beaches.
Versilia is suitable for all tastes. Those who love the sea are spoiled for choice and can choose to spend a day in one of the many beaches that populate the coast from Viareggio to Forte dei Marmi. Those who love the mountains can choose one of the many trekking routes proposed in the Apuan Alps.
Viareggio has been internationally famous since the nineteenth century. It is the city of Carnival, among other things one of the most renowned in Italy. It is also known for its lively walk on which you can walk without getting bored from the pier to Lido di Camaiore.

Camaiore rises at the foot of the Apuan Alps. It boasts a characteristic old town full of Romanesque architecture. It is famous for the artisan tradition of wrought iron. Its bathing area is Lido di Camaiore. Pietrasanta is the ideal town for those who love art and culture, it is a small open-air museum. Close to Marina di Pietrasanta which in summer always hosts cultural shows in the Villa Versiliana Park. Forte dei Marmi is considered the most luxurious of all the places in Versilia, a symbol of refined social life. It is the residence of Italian VIPs and beyond. It houses luxurious restaurants, shops that represent the main fashion brands and historic clubs such as La Capannina (the legendary disco theater of the film Sapore di Sale).

Seravezza takes its name from its position at the confluence of the Serra and Vezza streams. It is framed by the Apuan Alps, the scene of dizzying marble walls and large chestnut woods. We recommend this town to visit the Medici Palace, a UNESCO World Heritage Site.

This website uses cookies to improve your experience while you navigate through the website. Out of these, the cookies that are categorized as necessary are stored on your browser as they are essential for the working of basic functionalities of the website. We also use third-party cookies that help us analyze and understand how you use this website. These cookies will be stored in your browser only with your consent. You also have the option to opt-out of these cookies. But opting out of some of these cookies may affect your browsing experience.
SAVE & ACCEPT