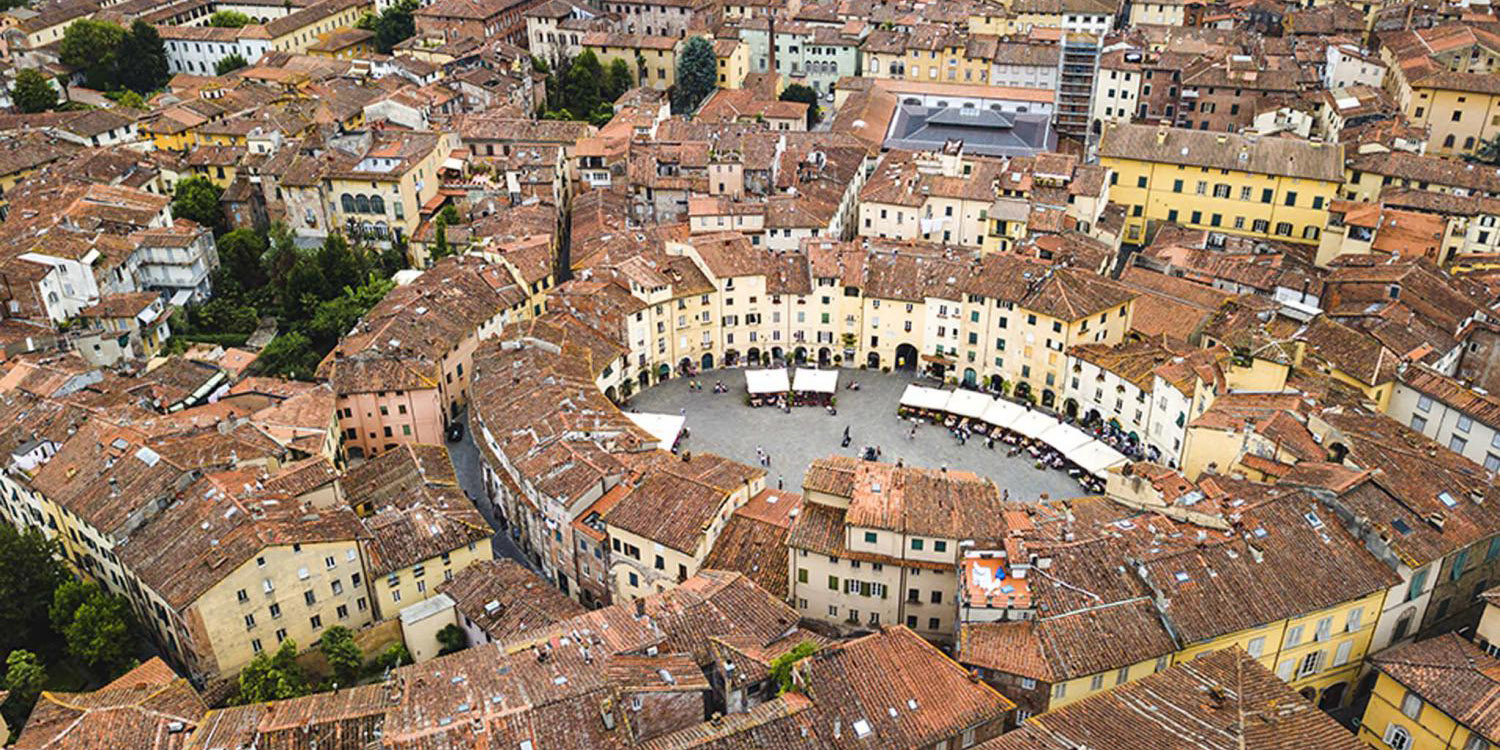 Birthplace of the famous composer Giacomo Puccini is known for the fascinating Renaissance walls that surround the historic center and for its characteristic cobbled streets. Despite the passage of time Lucca has magically maintained its medieval appearance, thanks to the ancient and numerous churches (it is also called the city of 100 churches), the bell towers, the ancient city gates, the many towers and Renaissance palaces. Worth a visit to the Guinigi Tower, certainly one of the monuments that most represent the city.

Don’t miss: Piazza San Michele, the historic heart of the city; Piazza San Martino, which houses the Duomo; the picturesque Piazza dell’Anfiteatro, which originated from the ruins of the Roman amphitheater built by the architect Lorenzo Nottolini.
Finally, we recommend spending a few hours on the wide tree-lined walks on top of its 16th and 17th century ramparts, you can cross them on foot or by renting a bicycle. Remember that Lucca is the venue for very important annual events such as the Lucca Jazz Festival and the Lucca Comix, as well as being the scene of prestigious craft markets on a monthly basis.

This website uses cookies to improve your experience while you navigate through the website. Out of these, the cookies that are categorized as necessary are stored on your browser as they are essential for the working of basic functionalities of the website. We also use third-party cookies that help us analyze and understand how you use this website. These cookies will be stored in your browser only with your consent. You also have the option to opt-out of these cookies. But opting out of some of these cookies may affect your browsing experience.
SAVE & ACCEPT